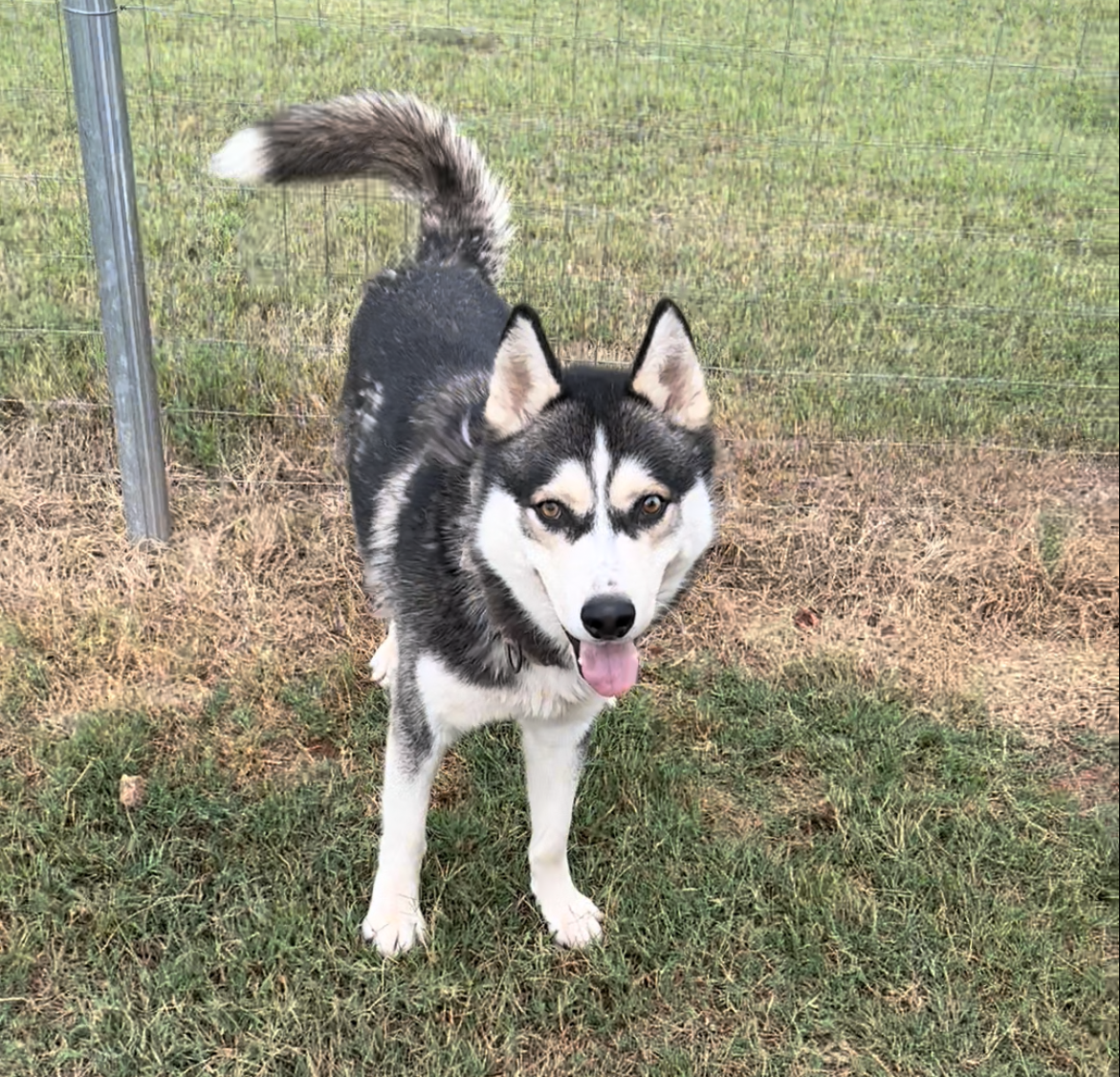 This boy was picked up as a stray, he served his 5 day hold until someone recognized him and when his family was told he was at the shelter, they surrendered him instead of taking him home.

No fault of his own, he just did what huskies do and they failed to train and correct him and simply just gave up on him. He is a good dog.

What I have noticed is that he only likes to try escape if he can’t see his human, and in his case, his humans kept him as a backyard only dog and never spent time with him. He is super playful and full of energy and husky quirks!