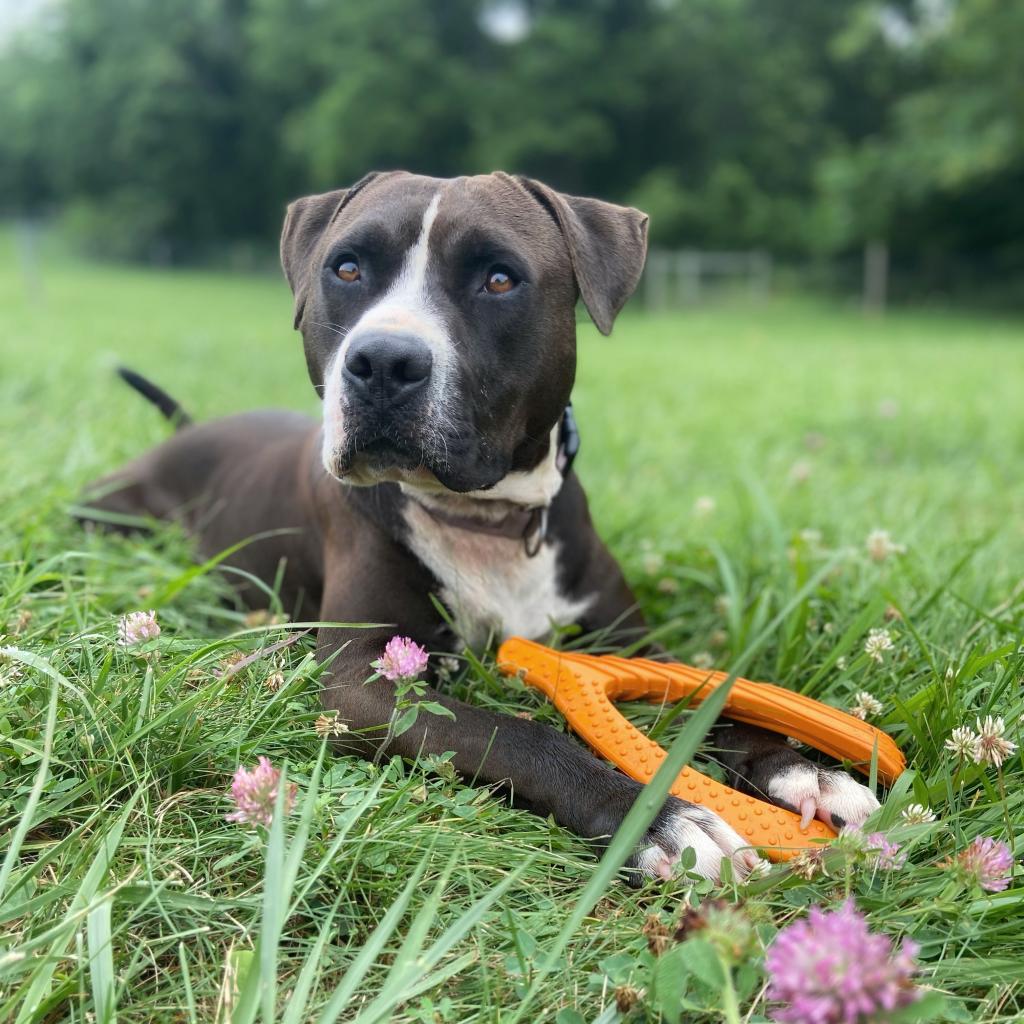 Vinny is an outgoing and playful boy who can’t wait to have a home of his own. When he gets excited he can be a little mouthy in a playful, almost puppy-like way, but he’s been working on his manners and he’s getting much better day by day!Vinny loves toys and splashing around in the water, especially on hot summer days. He likes exploring new places, going for scenic walks and playing with other dogs. He likes to play wrestle and tumble so having a doggie playmate with a similar play style is important. When he hangs out with a TVR team member in the office or break room he is very relaxed and enjoys a calmer environment in comparison to the kennels which can be loud at times. He enjoys car rides, naps on the break room couch, and getting tons of attention. He just melts onto the floor when you start petting him!Vinny was found as a stray in a remote area in West Virginia, so we don’t have any background information on him. You wouldn’t know this boy has had a rough life because he is always smiling and so smart. He loves food puzzles and figures them out quickly!Vinny would be a great companion for an experienced dog owner who wants to see Vinny flourish in the loving forever home he deserves. If Vinny sounds like he might be the right match for you, head to our website to fill out an adoption application.