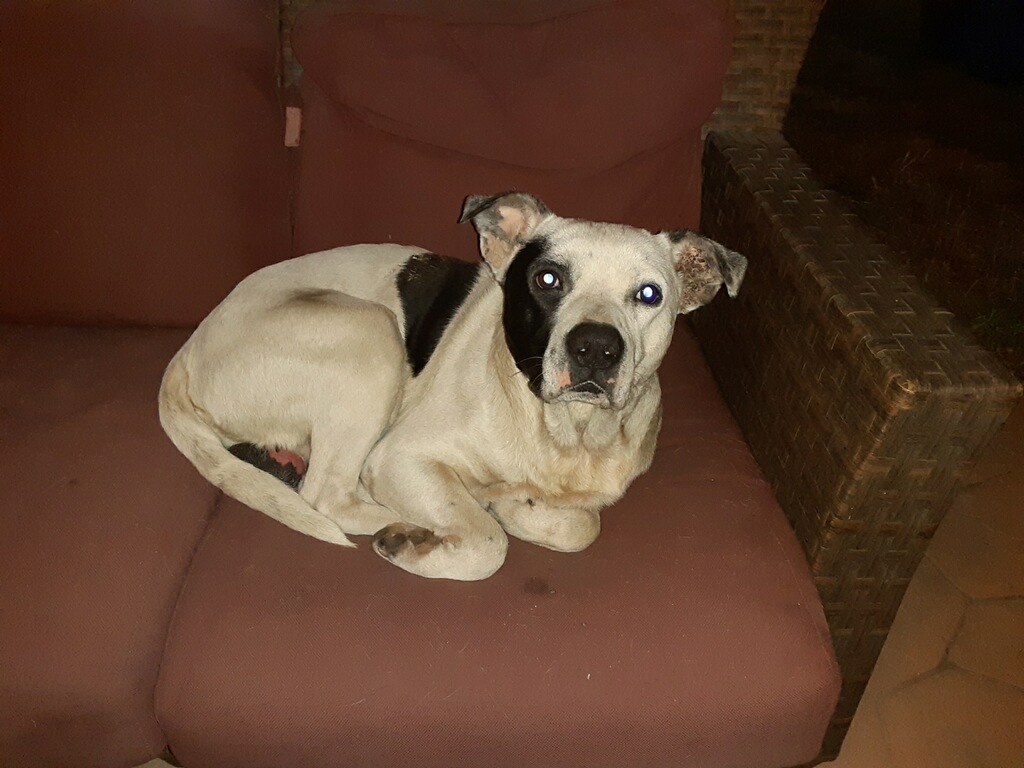 One of my previous adopters called me with concerns about a sweet dog that had come to her house and looked to be injured. He had been there for a week. One of our fosters picked him up and brought him to my house. I took him to the vet because he had an infection on his neck and around his ears.
According to the vet, he had an extremely serious ear infection that had probably been going on for several weeks. The infection was so severe and painful, they had to sedate him in order to treat him so they neutered him while he was sedated. His ear canals were hardening due to not getting treatment for such a long period of time. He also had an infection on his neck from scratching his ears and he is heart worm positive. He is friendly and high energy and does like hugs and petting.
If he gets out of the fence he is gone exploring until he decides to come back. He is usually back in about 30 minutes. Due to his size and energy, we recommend that he go to a home with no small children.
Spot is healthy now and is loving life and his friends.