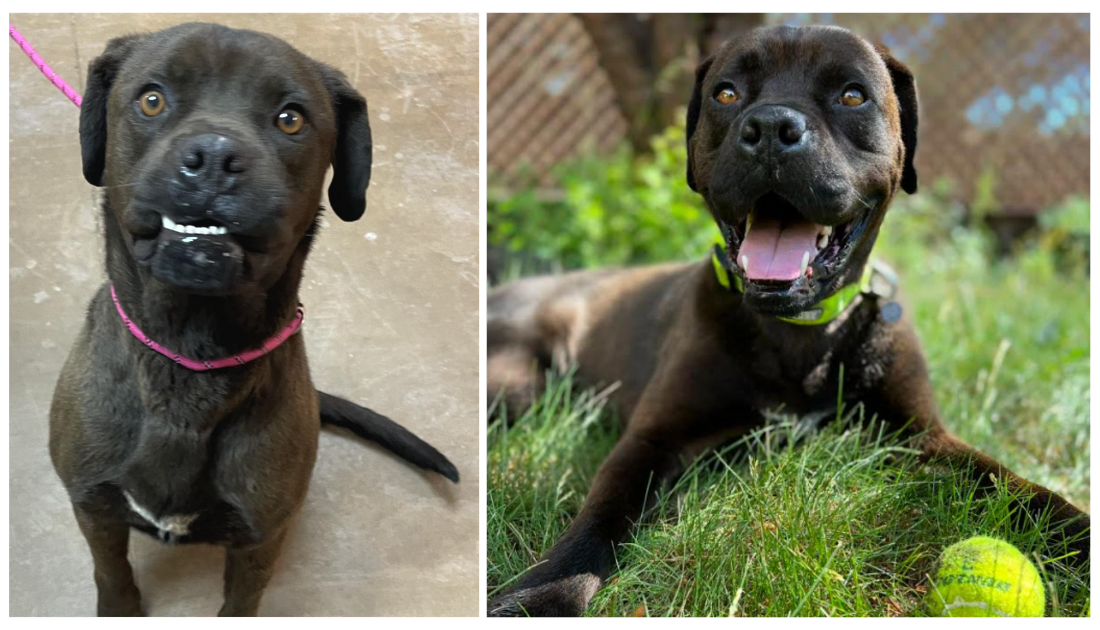 Samuel L. Jackson was found at the base of the mountain at the end of May in an area known for high tourist/hiker traffic. High country Humane took Sam into their care just in time because a few days later the Pipeline Fire was started, and the entire shelter had to be evacuated.

Sam took the chaos like a champ despite going from foster to foster before he was able to come back to the shelter once the danger had passed. Unfortunately, the shelter environment stressed him out a lot, so he went back to a foster home where he’s been ever since! His foster won’t be able to take care of him much longer, so we’re really trying to find the right furever family for him!
He’s a very friendly guy who is the best hiking buddy and loves attention. He’d do best with female dogs, but no cats. He’s great with kids! He’s a super snuggler and give the best cuddles anyone could ask for. If he’s allowed on the couch or bed, he won’t leave your side as long as you’re rubbing his face or belly!