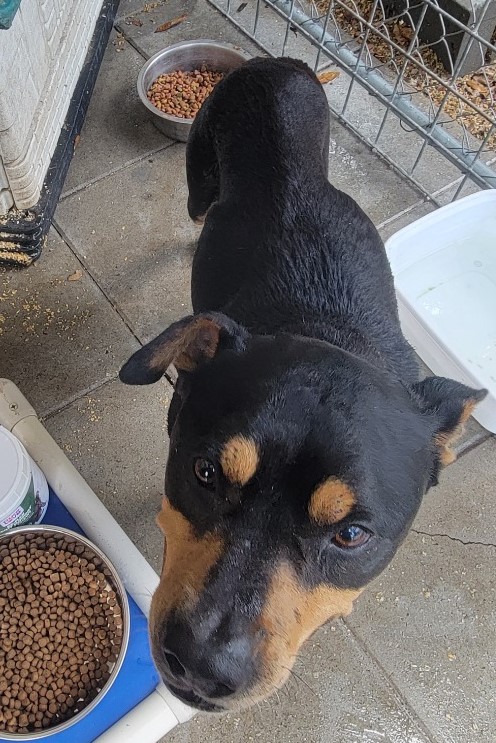 Meet Rocco! Rocco has been dealt a bad hand in life. He deserves humans that will love him for his sweet soul. He is the biggest baby and just loves to be loved. He is a solo dog though or gets along with the ladies.

Adopter would need to be patient and loving…this pup has spent 9 years on a chain. Every night he prays for his FURever family to give him a Happily Ever After. Rocco deserves a second chance in this life. He was a breeding dog with a life chained up. He is a pit mix. He is turning 10 in a couple weeks. He is heartworm positive but has been on slow kill. Rocco was found as a stray in Jesup after being hit by a car. He had a bad laceration on his front leg, broken teeth and a dislocated hip.

We found his owner, who agreed to take him back. SGER decided to let him stay with us until he was all healed up and surgeries done. Heather told the owner that Rocco would be neutered before returned. The owner then changed his mind because he had no room for this dog after 9 years of breeding him. Rocco’s adoption fee is waived for the right family.