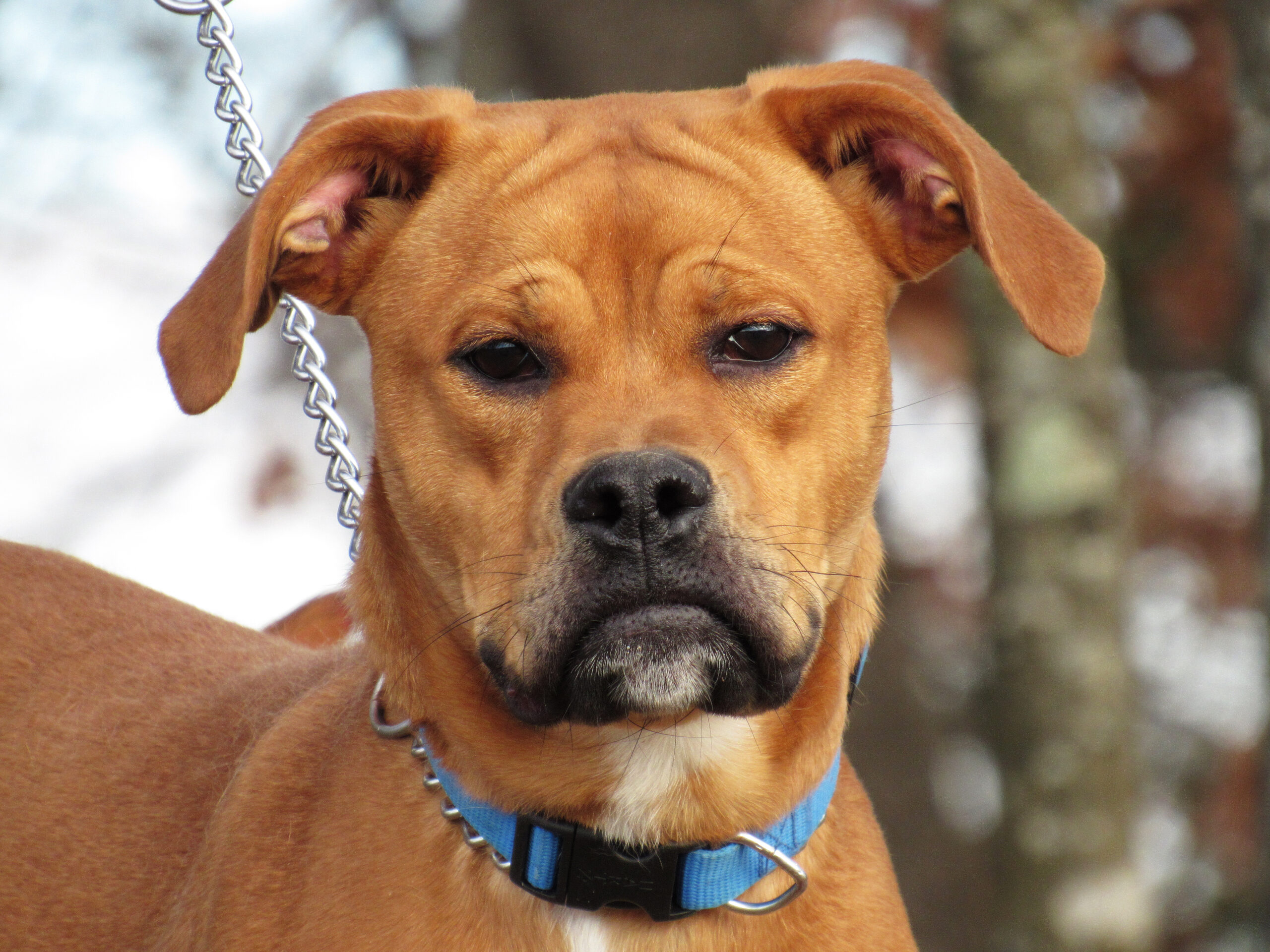 Say hello to our special guy, Ray! He’s a 3 and a half-year-old boxer mix looking for his place in the world.

He originally came to the shelter as a stray in January 2019, so not much is known about him prior to that point. He was found on the side of the highway in Gravois Mills, Missouri. But the single most important thing to know about Mr. Ray, is that he is a live wire. He has so much energy to spend, and loves when he can engage his people to play with him. He loves belly rubs and tennis balls. He’s got the chasing part of fetch down, but sometimes it’s hard to let go of the ball when he brings it back. However, if you throw tennis ball #2, he’ll drop whatever he has to go get that one.

Ray is silly, and he’s so quick to get a laugh out of everyone in the room. He had even graduated Missouri Puppies for Parole from the Jefferson City Correctional Center this past spring, and did very well in the program to boot.

He’s got his basic commands down pat among his basic house skills.

But one of the things that they noticed about him, is that he seemed pretty distrustful of people in general. He bonded hard to his handler and a few close friends- but they couldn’t help but notice how he would cower when someone moved a little too fast, or raised a hand in his direction.

We would also consider Ray on the verge of special needs with how badly his eyes are crossed. While he CAN see, he definitely has some blind spots on his right side. For these reason, he would likely do best in a mature home without young children.

One that could respect his space until he felt comfortable in his new environment. Ray does go outside in play groups with other dogs and does just fine and enjoys his time with the other dogs. But according to his handler at P4P, he would get a little protective around his things against others of his kind. Namely HIS toys and HIS crate.

So because of that, it would likely be ideal if he were either an only dog … or if he went to a family that was experienced in managing said behaviors. Ray flourishes under structure. He needs baby steps. He’s super trainable, and once he understands what you’re asking him … he will seldom disappoint. The poor guy has been without a home the majority of his life, but maybe he’s just been waiting for you?