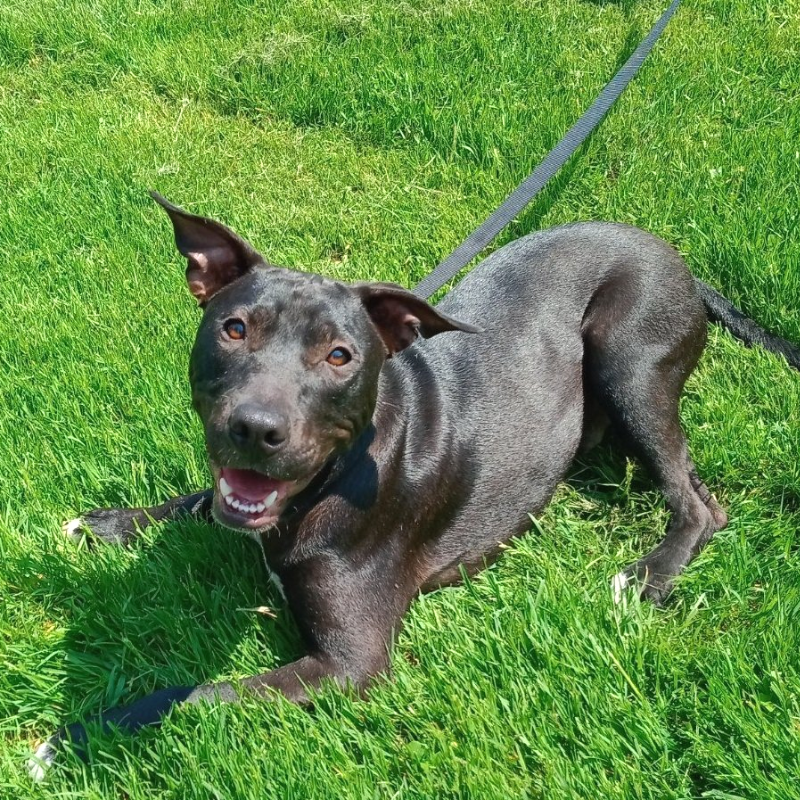 Kent is the perfect companion and has the most adorable smile while sleeping! At about 1.5 year old and 55 lbs. you know exactly what to expect from him.

The most difficult training is already done, he is housebroken, crate trained, and understands when it is time to play or time to chill out. On a scale from 1-10 his energy level is around a 5 most days, and has no problem keeping up when playing outside with several other dogs while at daycare.

Kent is not timid, in fact he makes friends with every new person he meets! He’s uncertain with cats but he does like to chase outside critters such as squirrels and chipmunks who race across his back yard.

As for his background, Kent, his brother Clark, and their mom, Gemma, were found as strays and taken to a shelter in Vicksburg, MS. As a dog who is black, has physical traits of a “pitbull”, and is no longer a young puppy, he had three strikes against him. Despite his cuddly and friendly personality, he was unfairly judged on his appearance.

Thankfully, one of our foster parents saw his story and felt like he would find his forever home in Vermont. Could you be the person or family to provide his happily ever after?

We do not provide DNA testing which is the only way to know with certainty which breeds are in his genetic background. Our best guess is American Staffordshire Terrier/Lab mix. We rescued his brother, Clark, as well and the DNA test done for him included Boxer and German Shepherd. Highlights: