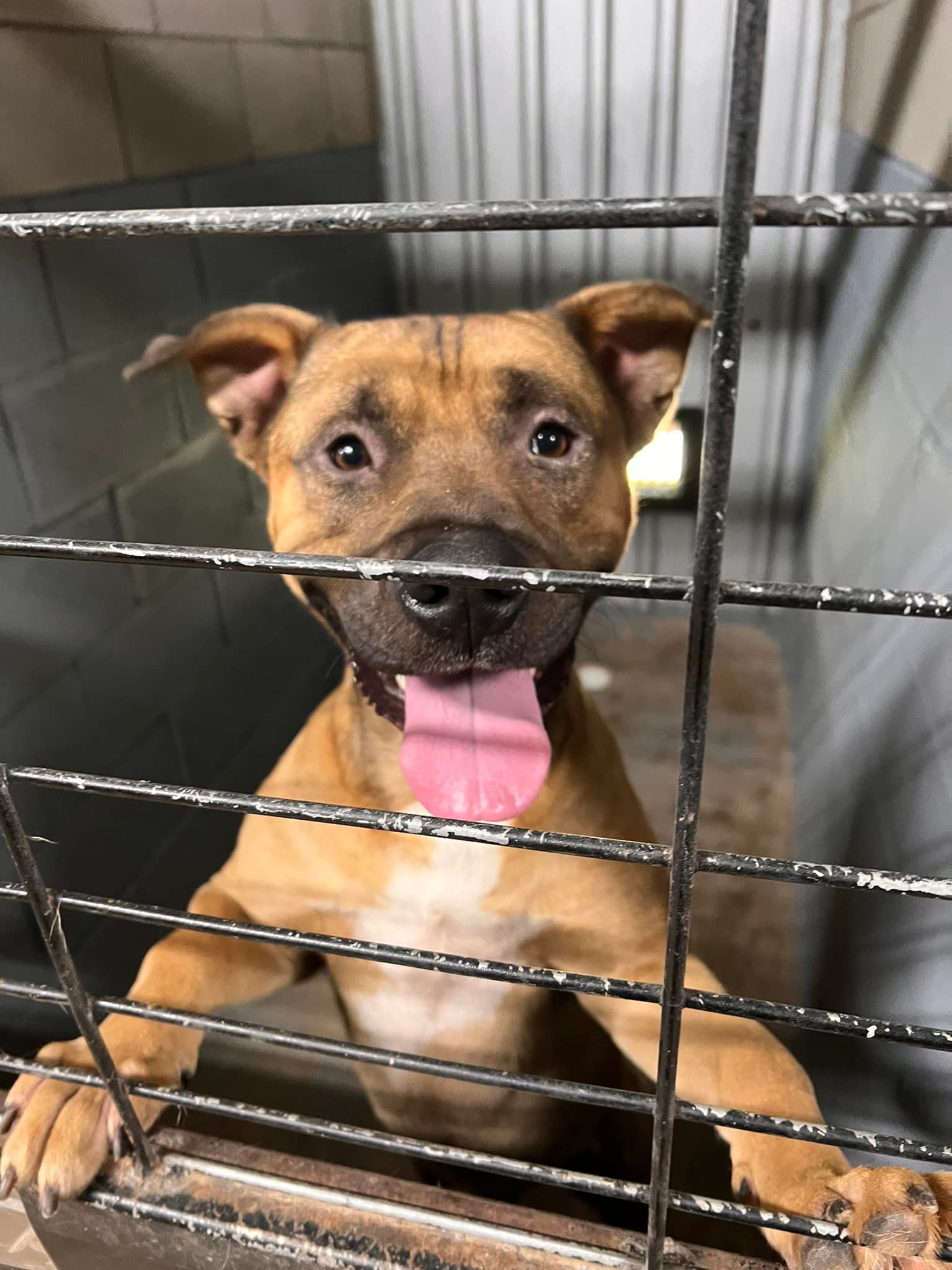 Hank was dumped in mid May and ultimately hit by a car which put him in flight mode, even though he couldn’t put pressure on two legs!

He disappeared for a couple weeks before he started making his rounds sleeping on the front porches of a few houses.

When I went to pick him up finally, we became fast friends!

He loves people and children but he is also incredibly energetic so could knock a kid over unintentionally. He would make a fantastic hiking/running partner.