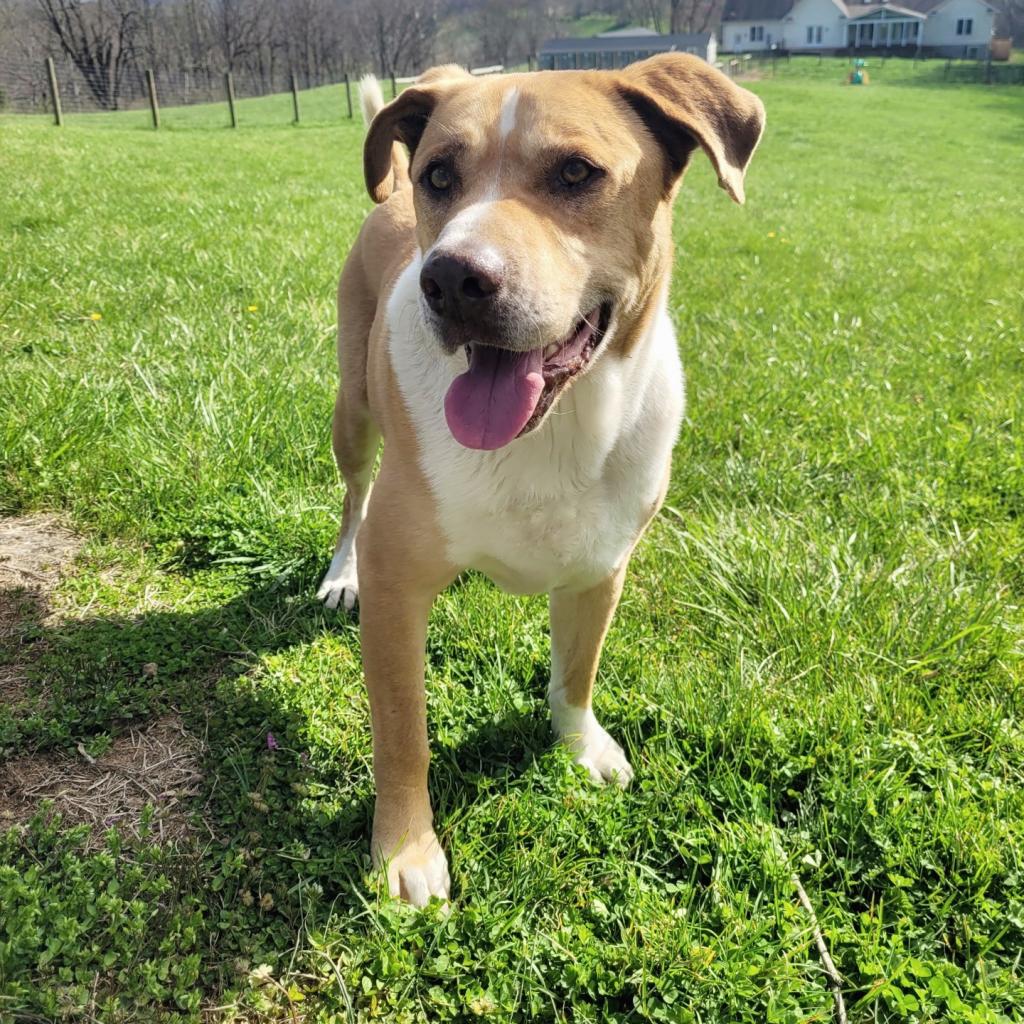 Farley is very sweet and loves his favorite people. He used to be nervous around strangers, but now he trusts new people quickly when you bribe him with treats!

He absolutely loves cuddles and seeks affection. He enjoys long walks and has a blast playing fetch, even though he’s terrible at it (don’t let him know we told you that.) He will carry the ball around with so much pride like he’s the MVP. Farley also loves car rides and he’s a total gentleman passenger.

At the end of the day when it’s time to relax, his favorite pastime is a hardy bone he can gnaw on. When it comes to doggie friends, Farley is a bit selective. He knows from the jump whether or not he will vibe well with a dog. If he isn’t feeling a dog’s vibe, he lets you know how he feels almost immediately.

Farley is the perfect companion for a loving, patient, and experienced dog owner. Someone who will love him and give him the forever home he deserves. Are you ready for a Farley cuddle?