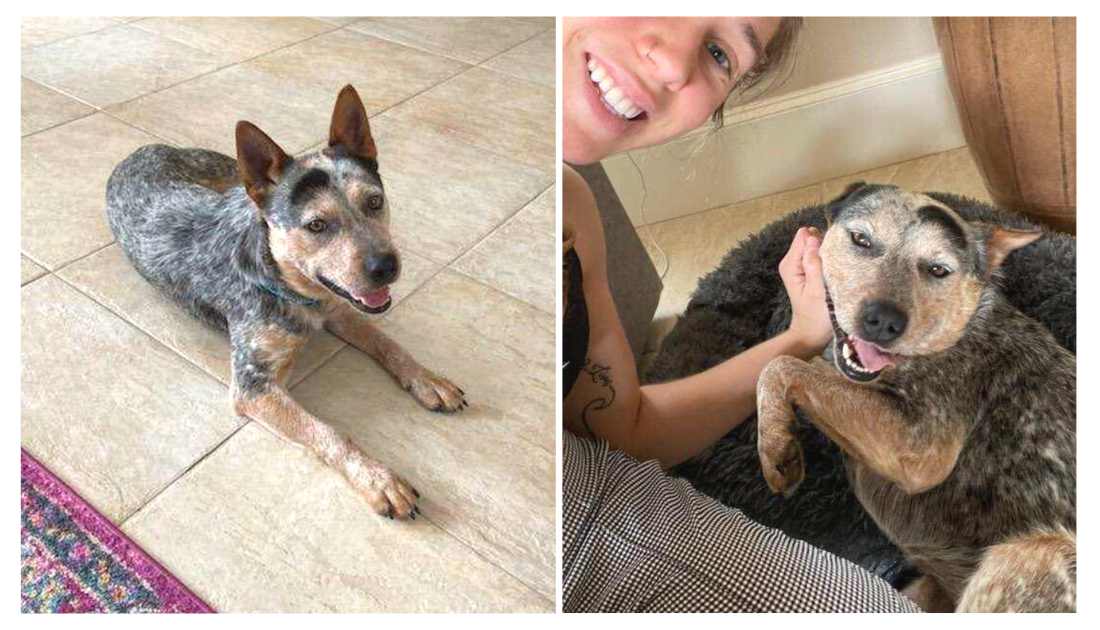 Cilantro is a  3 yr. old, neutered male blue heeler cattle dog, who was turned into Dallas Animal Shelter in March  2022, with his brother, due to housing issues. Our rescue, The DAWG Project, pulled both   dogs, who were coughing and had respiratory infections acquired at the shelter. After they recovered, one dog was adopted and Cilantro went to a foster home.  He quickly learned tricks and responded well to  raining, rushing to see what his fosters would ask next! He loves to learn and be challenged.

By August, the young couple who was fostering Cilantro decided they needed to give him up, as they were traveling too much. He went into boarding, and staff continued to teach him how to go through tunnels, place, sit, stay, shake, etc.  But he needed a home.
Cilantro was adopted and returned 4 times over a matter of months, as people realized they were not equipped to deal with a high energy working breed. Cilantro needs someone who will be firm and consistent with training and expectations, and who understands the energy and focus that cattle dogs bring to the party. He is loving and will sit beside his person, adores walks, and can  jump 5 ft in the air! He would not be good with cats or squirrels.
Would be a great dog to take on hikes, or to hang out with a farmer or rancher.