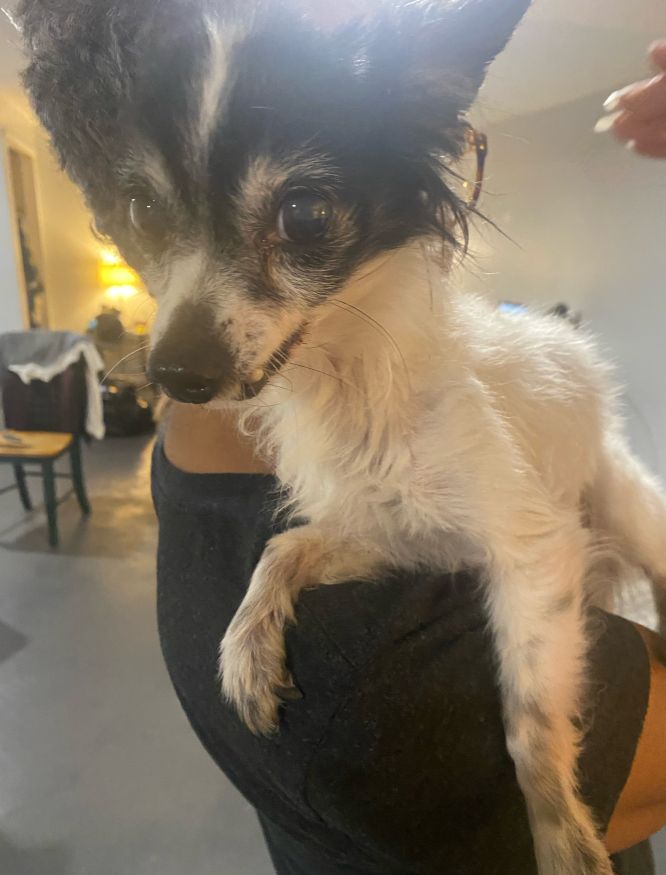 Chico is a 12 year old male dog who was given to Animal Rescue Force because the owner is moving.  He is very friendly from the first, weighs about 5 pounds is not neutered yet.  He marks everywhere, so has to be crated at first, not loose in the house .  He is very loud in his crate, so is not an apartment dog. He gets along with other dogs.

To adopt him is $300, which includes his neuter, shots, heart worm tst,ID chip.  He can be seen midweek, adopted, but can’t be taken home until we get him neutered.  He will be easier to house break after the neutering.  [email protected]