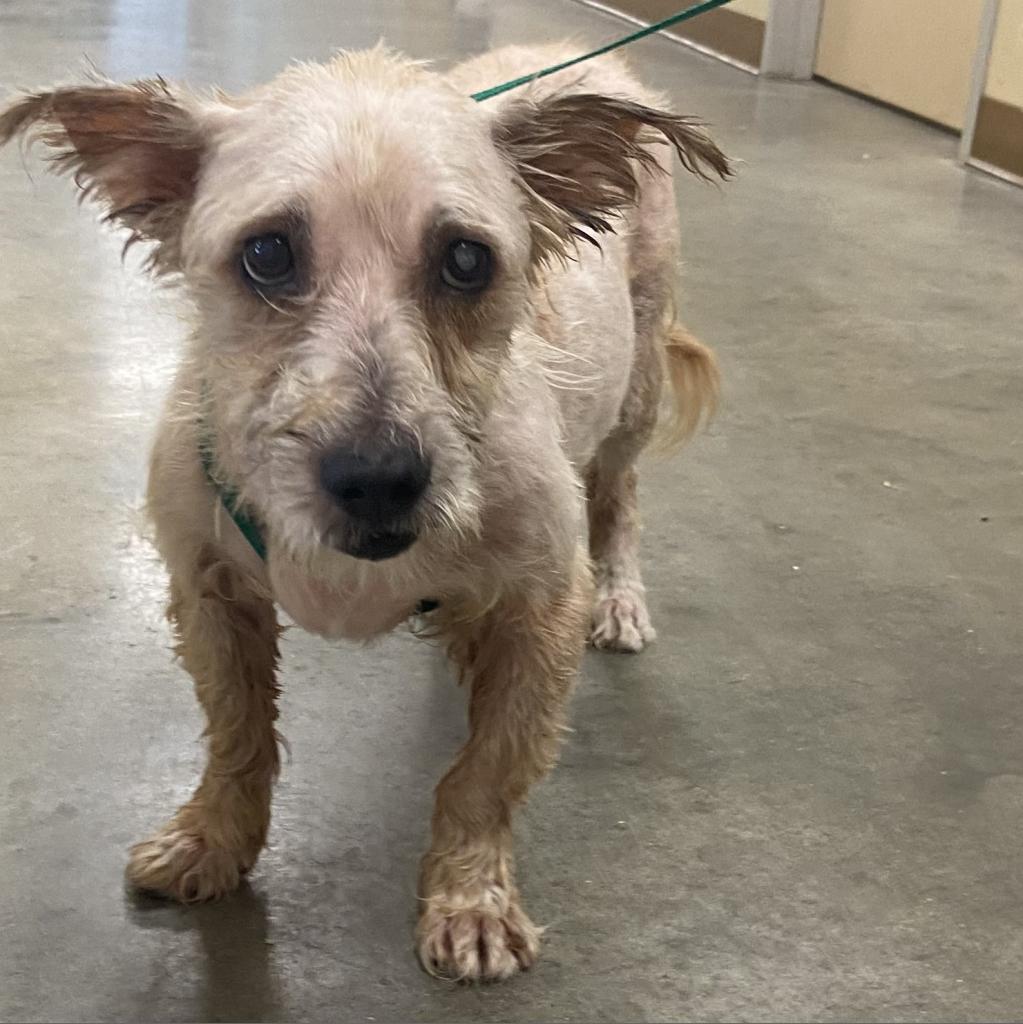 Buddy was found wandering the streets at the ripe old age of 12 years.  His coat was heavily matted and his skin was covered in fungus and staph. Poor little guy. The shelter reached out to our rescue to take him as he was totally terrified in the shelter.

We placed him with a foster who specializes in senior dogs and over the next few days, Buddy settled into a routine. 2 medications twice daily for his skin and medicated baths. His skin finally began to clear and his hair to grow back in patches.
He enjoys cuddling and roaming around the backyard. He’s not as active as he might be after he’s fully healed, but still has some life left in him to appreciate the finer things in life.
Buddy’s pictures don’t do justice to the beautiful animal he will become when he is cleared of his skin infections, but rest assured, his heart is beautiful.