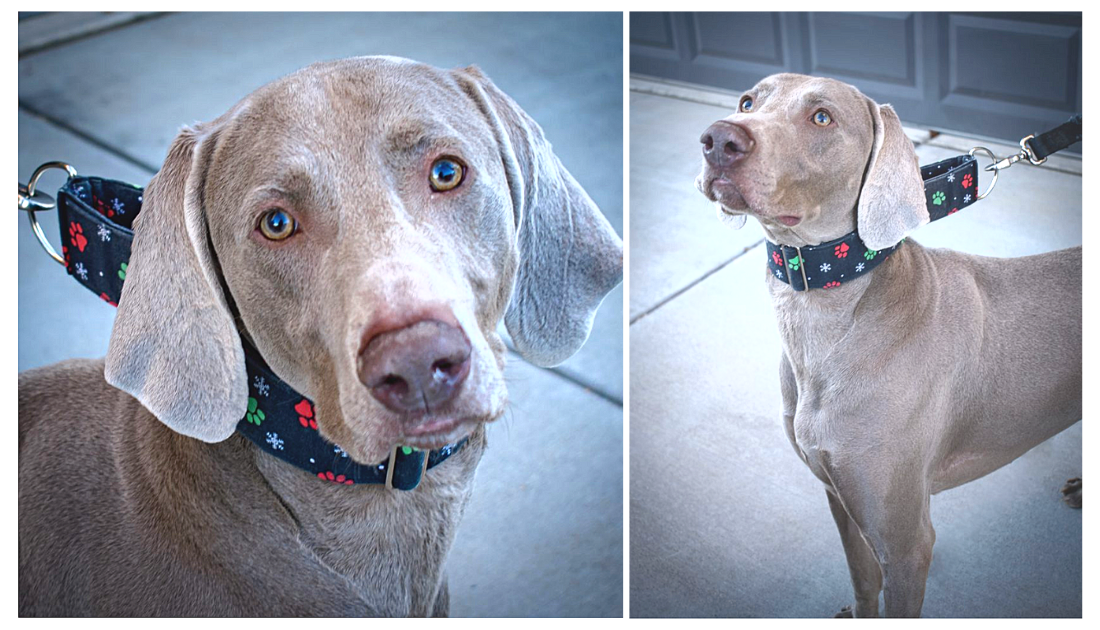 Meet Storm!
Storm is an honorary doberman in a Weimaraner body! Storm has officially
been waiting for his forever home for 2 years now.
He is an owner surrender that was bounced around 3 different homes
because no one could keep up with his energy. Storm needs a very active
owner that is willing to exercise him daily.
He does have anxiety when
he can’t see his people but is not destructive but will bark when left
alone, due to this he would not be ideal to be in an apartment. Storm
will need a privacy fenced back yard of at least 6ft as he is he could
clear anything under that if he choose to.
Storm loves people but he can not be in a home with other animals
as he doesn’t get along with other male or female dogs and he has a high
prey drive for the small animals. He will need a very special home that
can give him what he needs.On a good note this boy absolutely loves to jump on trampolines and
loves playing fetch and will return the ball.
He does know several basic commands but does pull on leash but if you use the sit command to
make him stop he does pretty well. He is a strong boy so no children
should be taking him for walks alone. He would cuddle all day on a couch
and bed with you.
He is not a fan of storms ironically or fireworks.
Storm is very protective of his family! After proper meetings are done
he is fine with people coming up to him. He has been with children from
ages new born to 13 and never had any issues.If you are an active family with no other pets Storm will be the best
addition to your home!