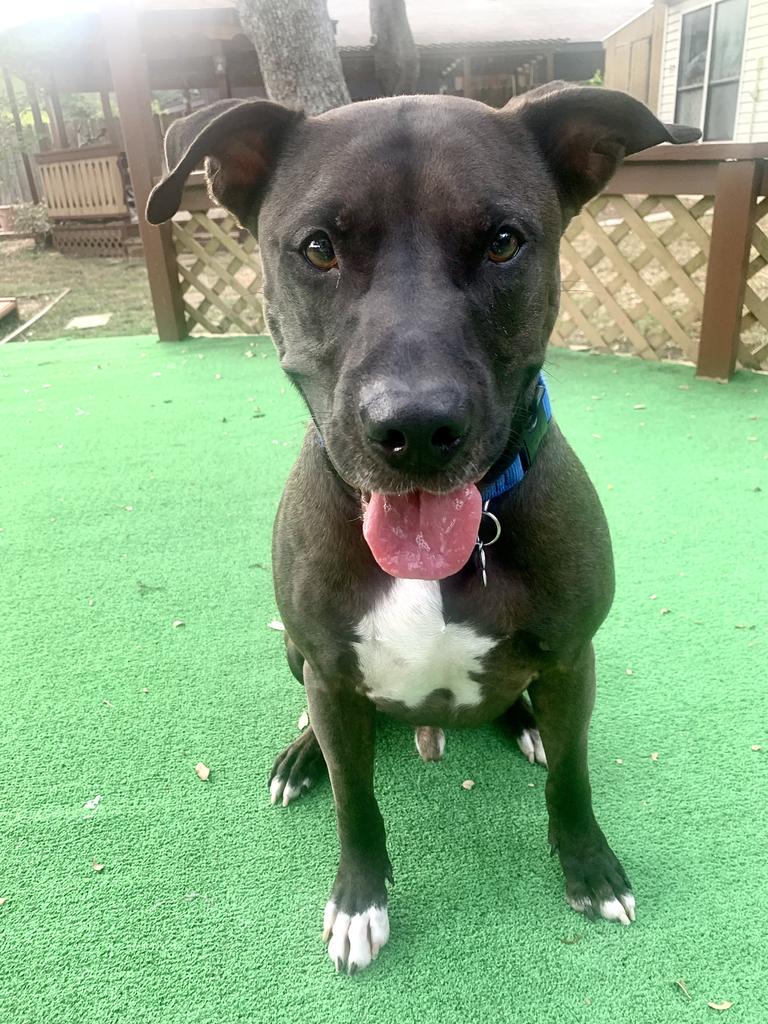 Picking up a drive-through coffee? Kringle will put on his best smile for a pup-cup!

He is an affectionate and attentive 3 year old who loves playing fetch, chewing toys, car rides and dog or deer-watching from the window. He’s young and full of pep, highly treat motivated and so eager to learn and make his people happy.

Above all, Kringle just wants to hang with his human friends, give and receive love. Kringle would love to be the only pet in the home, but we promise that he will bring so much joy and many smiles!

Here’s his backstory: A small-town rural Texas high kill shelter reached out to us about a dog that had been found as a stray. He had a large infected wound on his cheek that may have been the result of a snakebite and needed medical attention immediately. The shelter had no medical services, and we knew how much he needed the treatment. Luckily, we were able to get him in and he is now fully healed.

Kringle has been with us a year and a half 🙁 He’s a black pittie who would like to be the only pet, so these things really work against him.

He’s such an easy going love, though, and has never met a stranger.