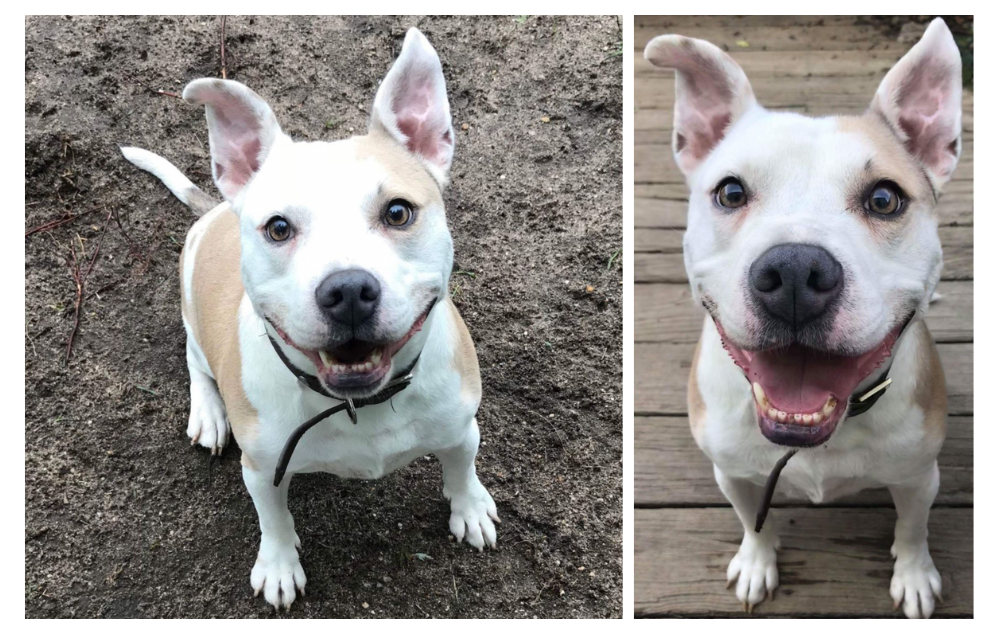 Cody is a 6 year old short little pitty with an adorable personality. He has had a rough past, so needs an owner that is patient and loving with him. We don’t know much about Cody’s past but we think he may have been terrorized by kids through a fence in his early years, as he does not like people approaching him by a fence. Quick movements can also scare him, causing him to bite in fear. Cody needs a really special family that has experience working with a dog that has had a rough past. He prefers to roam in a house rather than be crated as he may have been abused as a crated puppy and can be reactive when put in one. He is so loving once he knows you and does great in a house on his own if you work during the day, etc. He is a big couch potato.

Cody would do best in a home with no other animals or kids. Once he gets to know someone, he is very loyal to them. He needs someone that loves pitties through and through, and is willing to be patient as he learns new surroundings. He also love car rides, so if you drive a big truck for a living, he would love to be your co-pilot!
He loves to play fetch and can even do commands such as sit, down and leave it! He also loves the smell of feet, so if you have stinky ones, don’t worry, he’ll still love you! If interested in adopting Cody, an application can be filled out at lpah.org/adoption. We prefer our dogs are adopted in NC, so we can continue to keep up on them, but if a special-case comes along and is a great match for Cody, we would consider other states as well.