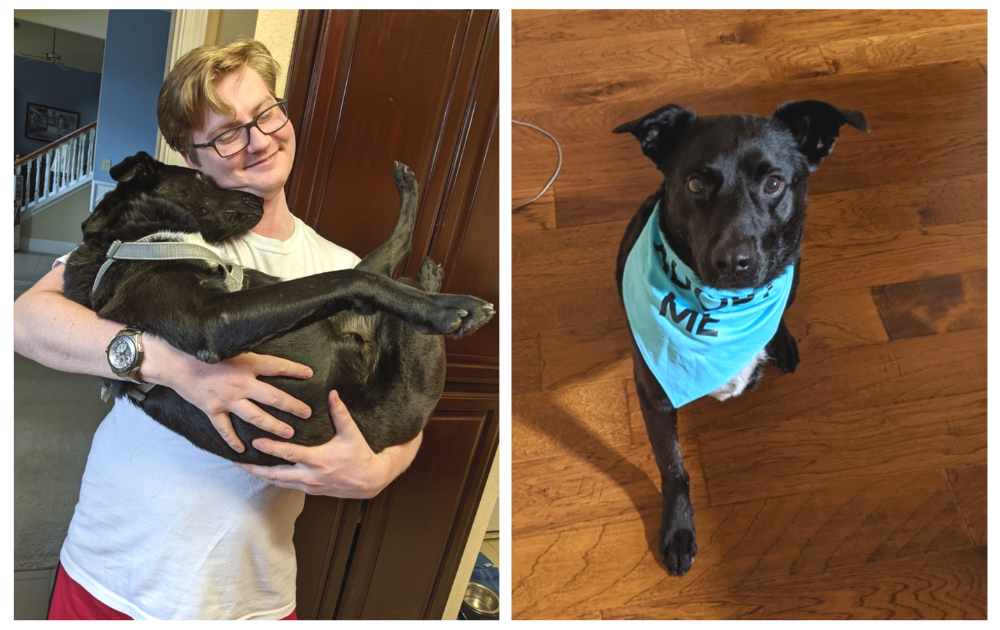 This friendly and sweet-natured fellow is Chip, a Lab mix who was brought to a local animal shelter in September of 2020 with injuries that resulted in his front left leg being amputated. Dispite this major change, Chip is still very happy and loves all people. He is approximately 5 years old, weighs 45 pounds.

Chip would do great with a family that is home most of the time, or willing to take him with them. He loves his people and just wants to be near them. Because of his attack, Chip is afraid of bigger dogs, but he gets along great with his smaller foster sibling. Given a proper introduction, he could get along well with bigger pups. He walks well on a leash, is house broken, and likes to play in the yard. He takes treats gently, knows the sit command and has learned commands quickly so is trainable. He loves to go for car rides and snuggle with his humans or make a nest out of blankets.

Chip was seen by a vet who diagnosed him to have sustained attack wounds with large degree of infection on all four legs, the most substantial on the left elbow. His one leg never healed from all the infection so we had to amputate his leg. He is a sweet and happy boy. He was heart worm positive which has been treated.  Chip was a dog who had not been well cared for -he came in covered in fleas as well which we treated.  It is so sad that Chip was not cared for by his owners and so sad that Chip had to pay for it with his health. He is now fully recovered and ready for adoption!