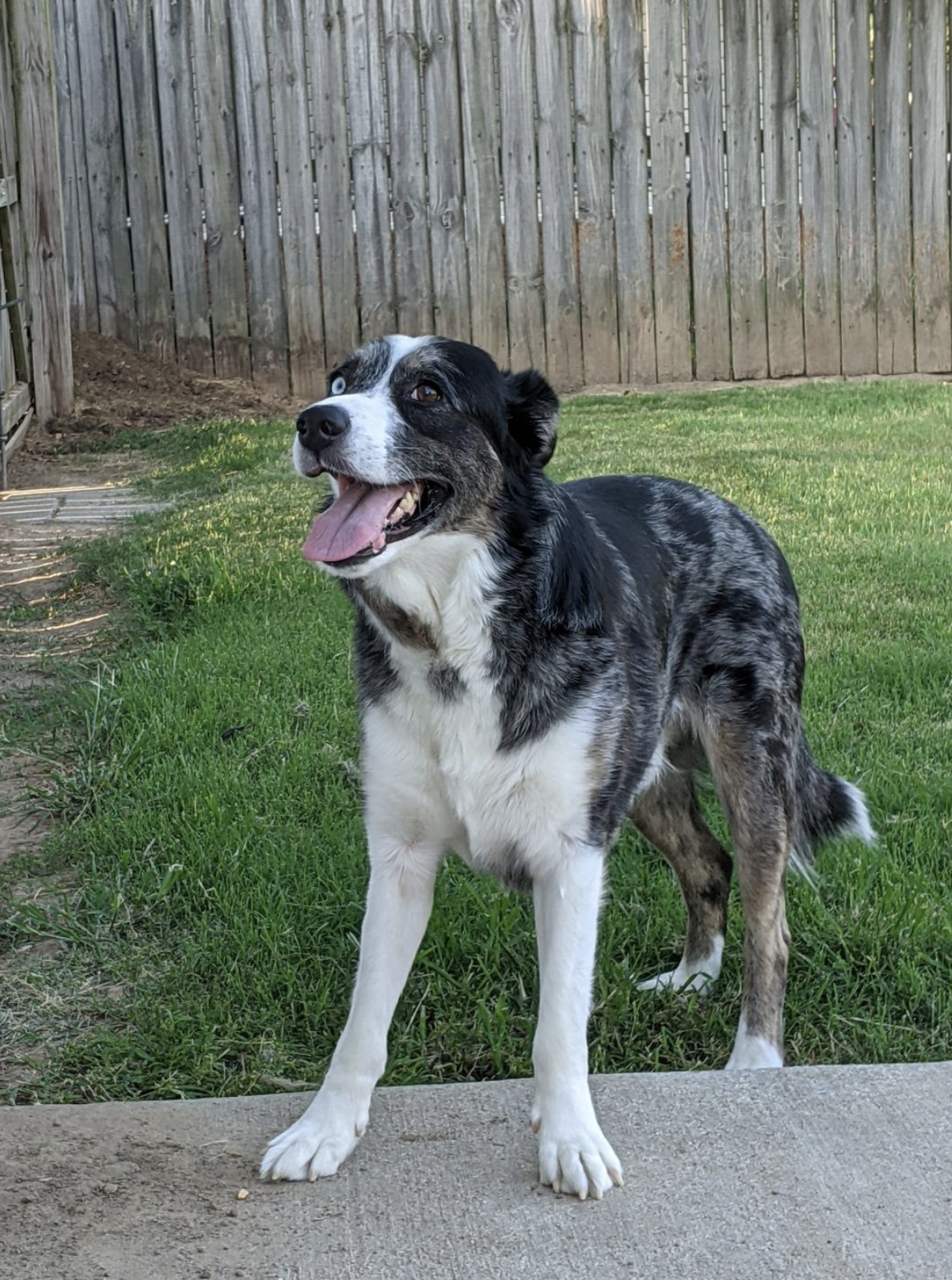 Meet Chase. He’s around 5-6 years old and lived with the same man who raised him until he passed away. Not much of his home life is known, but after his owner’s passing, he was shuffled around with family members, and was not given all the love that he fully deserved. Sometimes he was forgotten in his downstairs room; sometimes he went to bed hungry and lonely. ASF stepped in when he was given a timeline to be Put to sleep.
Because of his tough life, he has a hard time trusting anyone, but once you earn his trust, you have gained his friendship until the end of time.
When Chase warms up to you and learns to love you, he will follow you around like a lost puppy and will look at you like you personally put every star in the night sky. He can be loving and warm when he connects with you.
Unfortunately, he does not do the best with children. He’s leery of new people, and the energy of younger kids can overwhelm him. Chase will forget about this when he’s offered food, but he remembers when the treats are gone. He can grow accustomed to other pets, but he tends to be more of a loner. He can be a velcro dog if he bonds with you enough, like he did with his foster mom and dad. But his foster aunt and uncle have had a difficult time getting him to come around (food and treats help).
He tends to be a one or two person kind of dog.
He also seemed to have experienced some type of neurological disorder. We believe he had a stroke at some point before he came to live with us. He needs a home where there are no, or little, stairs. He can move around quite well, but he can sometimes struggle horribly with going down the one step we have on our porch when it is time to potty. When he walks, he looks like he should be singing “Springtime for Hitler” from The Producers. He tends to goose step on his front right paw and struggles slightly with the mobility of the right side of his body. But don’t let him fool you. When we took him to the vet, we made a detour to our storage unit and he fought his way out of the car and managed to make a run for it. He can be quite the track star. We have noticed he hobbles more when he doesn’t want to do something. Like when we would isolate him during his heartworm treatment, he would act out and make it seem like he was incapable of walking, but as soon as you brought food in, he would suddenly remember how to run a professional marathon.
I’m not saying he’s a faker. I’m just saying that he knows how to make his disability work for him.
When he’s happy, he will wag with his tail and whole body. When he loves you, he will follow you to the ends of the earth.  When his people are eating, he licks the air constantly.  He’s pretty low energy, but will occasionally run with the other dogs in the backyard.  He can’t quite figure out how to sit, so he stands, or lies down a lot.  He does have a little storm anxiety, but as long as you have a safe, and quiet space, for him to nestle, he weathers it pretty well.
He’s really goofy and sweet, but he can be a bit grumpy at times. He’s a good boy that needs a good home. He needs a mom or dad that will be patient with him and give him the love that he deserves. He will make the work worth it.
If you think that Chase sounds like a great fit for you, please fill out our application:
https://www.australianshepherdsfurever.org/adoption-application
All adoption fees are used for future rescue efforts