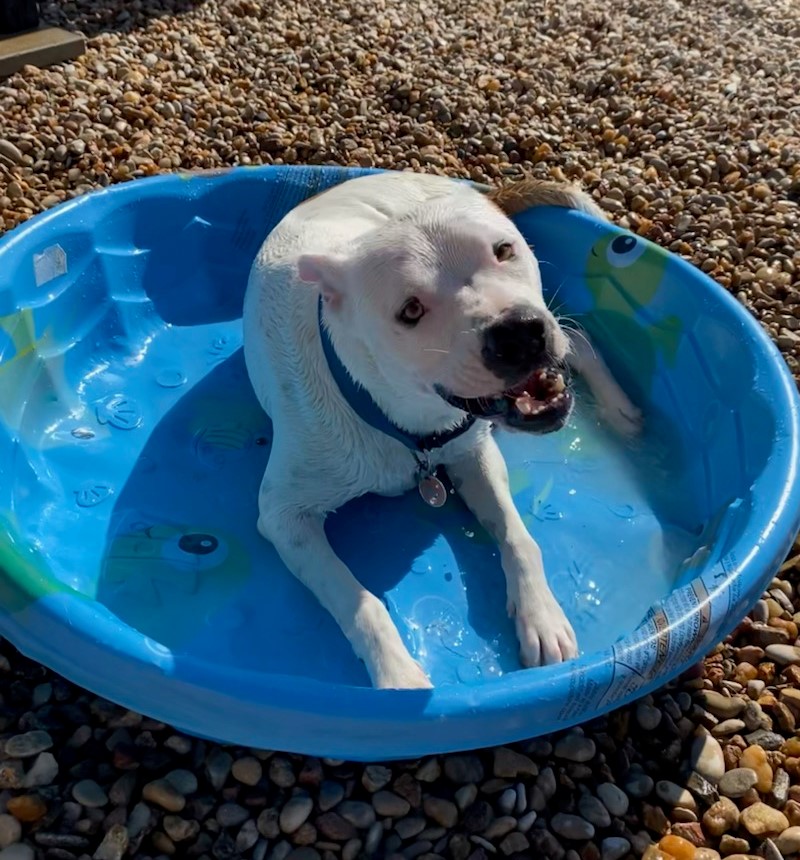 Boo is such a great boy. He’s around 4 years old and we think he’s mainly Dogo Argentino, but probably also some American Bully.

He really loves playing in the water but then he will also calm down and have snuggle time. He is currently working on his manners and has learned several commands very quickly … he’s a smart boy that is eager to please.

He really has a great personality and will crawl up in your lap and give you lots of kisses.

He can be selective with his canine friends, but he had a large canine brother in the past. Since Boo loves to run and play, he’ll need a home with a good fenced yard. And his family will need to give him attention and playtime.

Boo is house trained, been neutered, has all current vaccinations, is negative for heartworm and has been microchipped … so he’s ready to go!!!