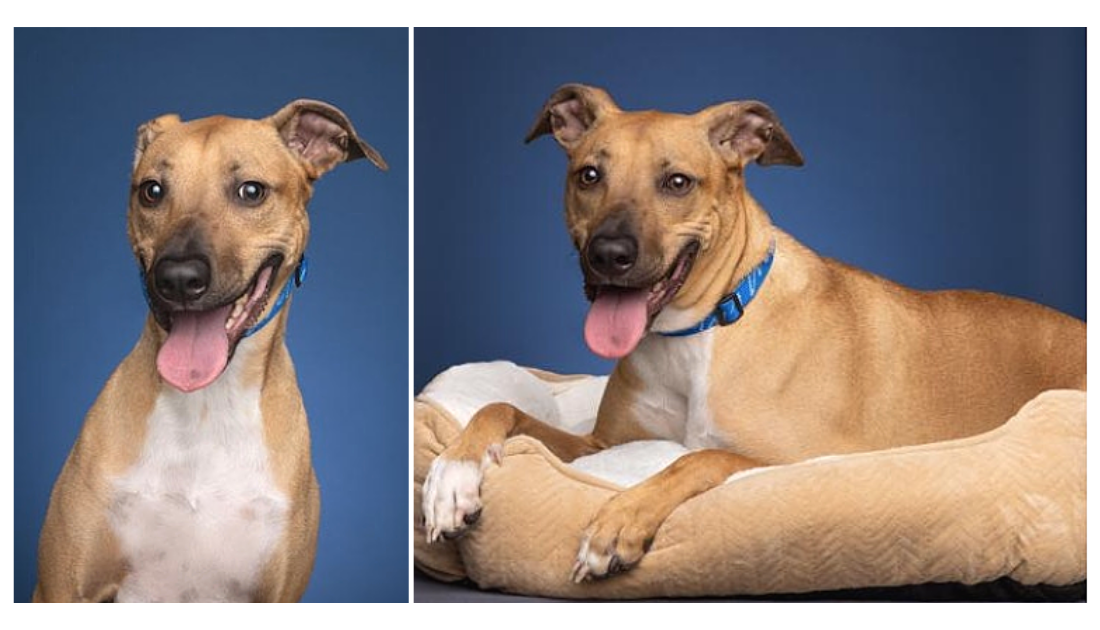 All-Star is a 1 year old Rhodesian Ridgeback/GSD mix. He is from Mexico, where we partner with an incredible organization that rescues the abandoned, abused and neglected dogs in Mexico. All-Star was adopted out from our rescue as a puppy and was returned recently when his family was no longer able to care for him. He weighs about 75 lbs.

If you are looking for a medium size dog with an athletic build to spend fun time outdoors, and evenings in your home relaxing with the family this might be your guy!

All-Star has so much potential just waiting to be discovered by his new home. His foster describes him as a total love and a goofball. He has lived with dogs in his previous foster home and he gets along great with them; both well playing or just being with them. He is a dog who could also just live by himself.

When first meeting All-Star, expect a guy who is sensitive, quieter, more reserved. His saves his blossoming personality for once he knows you. Don’t be surprised to find out our boy is a bit of a wrestler with his people. He enjoys playing with his people. He’s not so much into toys. You know he probably didn’t have a lot of toys previously, so that’s a whole new experience for him. All-Star is a great combination of energizer bunny and couch potato. He can be both in the same day. This makes for a dog who can exist while Mom or Dad are working from home.

All-Star’s foster home introduced him to walking on a leash. It’s a work in progress like most things with puppies. He does pull a bit the closer they get to home and he sees they are almost there. His new home will find if they walk with confidence, small, short walks when it’s not busy or loud, he will do best. Also, having a confident fur friend helps! All-Star hasn’t proven to be a nuisance barker. He does alert you if someone is at the door or around his house.

Here is what the foster said about his routine:

“All-Star is up around 6:30-7am. We take him outside but usually he won’t go. He spends most of his day sleeping, either in his bed or sunny spot on the floor, or on the patio in the backyard. Since he’s learning the leash, I try to sit outside with him, but walk attempts are made throughout the day. All-Star has short spurts of energy where he will run around a little and try to jump on us. He spends his evenings sleeping in his bed until he gets moved to his crate around 11pm. He’s starting to sleep thru the night”.

All-Star is an option for a home that has had a dog as an adult. He’s best suited for a home that has shy dog experience and/or has a confident dog to lead the way for our boy. If there are kids, they need to be over the age of 8 and knock over proof. He’s still at that stage where he showers his people with love by jumping and for the little humans that can mean being “knocked” over!